November 10, 2022, Shanghai - The 5th China International Import Expo (the “CIIE”) was successfully held in Shanghai. The expo attracted participants from more than 145 countries, regions and international organisations, with 284 of the world's top 500 companies and industry leaders participating in the event, exhibiting hundreds of new products, technologies and services. SenseTime participated in various events at the CIIE and joined hands with partners to showcase its digital human products, demonstrate innovative achievements and promote technology sharing and global cooperation.

Zhang Guobei, Vice President of SenseTime, attended the Global Smart City Cooperation and Development Summit (the “GSC Summit”) organised by the Shanghai Council for the Promotion of International Trade on 8 November. He delivered the speech "From Sensing to Decision Making, New Smart Upgrade - Smart City Practices by SenseTime (《從感知到決策，智慧新升級——商湯科技智慧城市實踐》) at the HKSAR session where he shared SenseTime’s successful experiences and achievements in the field of smart city. 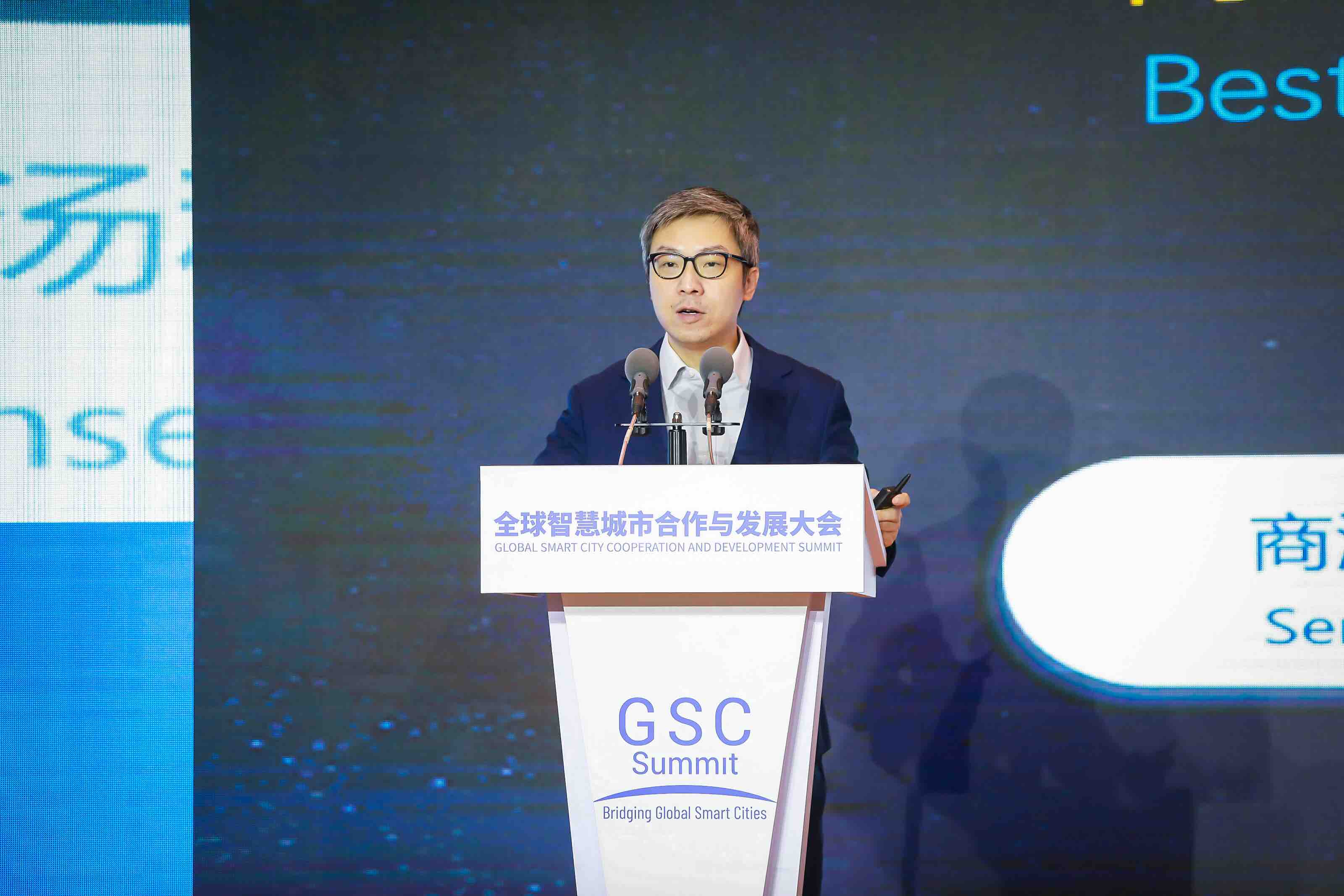 Zhang Guobei, Vice President of SenseTime, delivered the speech at the GSC Summit

The development of smart cities has made significant progress in recent years and SenseTime’s SenseFoundry platform has been an integral force of the advancement of smart cities. It has been deployed in 155 cities worldwide, including 16 mega cities with a population of over 10 million and four overseas cities. Based on the SenseFoundry, traditional human management of cities can be transformed into a closed loop of human-computer interaction, thereby providing intelligent support for urban transportation, traffic management, municipal services, environmental protection and emergency response, improving urban safety and efficiency while providing citizens more convenience.

At the Expo, SenseTime was invited to join the "New Energy, New Infrastructure, New Industry" Alliance (the "Alliance") as a member, with Tang Zhenyi, Vice President of SenseTime, attending the founding ceremony of the Alliance. The Alliance was formed by 242 units comprising relevant entities, community organisations and research institutes in the field of new energy and infrastructure. Its aim is to bring together the industry’s strengths with a focus on integrated development and contribute to the green and low-carbon transformation. SenseTime was invited to join the "New Energy, New Infrastructure, New Industry" Alliance as a member

In the future, leveraging on the high-quality "Energy+Infrastructure+Industry" platform established by the Alliance, SenseTime will fully utilize its cutting-edge technology advantages in artificial intelligence and industrial implementation experience to empower enterprises in digital transformation and upgrading, with the goal of facilitating the industry’s green and low-carbon development.

With the opening up of the Chinese market and continuous economic development, the 5th CIIE attracted a high degree of attention from all over the world. SenseTime will continue to adhere to its mission of "Creating a better AI-empowered future through innovation" to promote technological innovation and application and assist various industries in intelligent transformation and upgrade.