Beijing – May 7, 2020 – SenseTime, a leading global artificial intelligence (AI) company, is elevating the public transport experience and public health to new levels with its new “SenseMeteor Smart Commute System” being installed in China’s public subway systems. The introduction of the QR code and face scanning payment system at subway stations in Zhengzhou, Xi’an and Harbin not only helps streamline ticket gate operations, but crucially minimizes potential virus transmission for commuters during a time of heightened public health concerns. 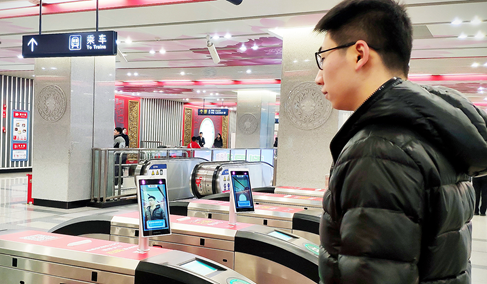 The Smart Commute System, which can be installed on top of existing ticket gates, now offers passengers a contactless alternative to physical payment and access at the subway. By logging into respective metro apps and complete preregistration, commuters can use a QR code or their faces at the ticket gates to enter the subway. Fares will be automatically deducted via a pre-set payment method. The new hands-free payment system reduces the risk of virus transmission through physical cash or ticket handling. It speeds up passenger throughput, prevents crowds from gathering, and gives passengers a faster and smoother experience.

In partnership with financial institutions including China Construction Bank, Zhiyuanhui, and CCB Fintech, SenseTime’s SenseMeteor Smart Commute System is fully compatible with the Automatic Fare Collection System (AFC), a payment system used in Chinese urban rail and high-speed railways. The Smart Commute System has been deployed at all stations along Lines 1 and 14 of the Zhengzhou Metro as well as the entire Lines 1 to 4 of the Xi’an Metro. By June this year, the new payment system will also be available at all 27 stations of the Harbin Metro.