Beijing, China – 23 July 2019: At the China-UAE Reception celebrating 35 years of diplomatic relations, today in the presence of His Highness Sheikh Mohamed bin Zayed Al Nahyan, Crown Prince of Abu Dhabi and Deputy Supreme Commander of the UAE Armed Forces, an agreement between a world-leading Artificial Intelligence (AI) company SenseTime and the Abu Dhabi Investment Office (ADIO) was exchanged. As part of the strategic partnership agreement, SenseTime will establish the company’s EMEA R&D Headquarters in Abu Dhabi. Over the next five years, the company’s AI Centre of Excellence is expected to create hundreds of jobs, most of which will be highly-skilled engineers. 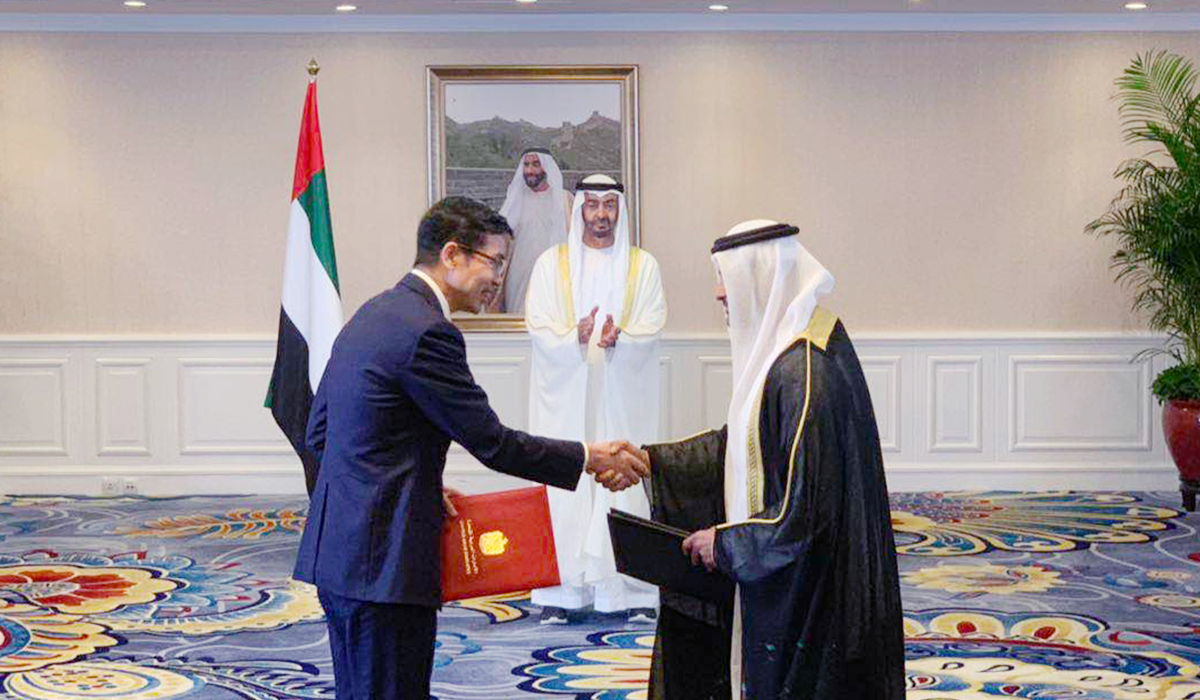 SenseTime is reportedly the world’s highest valued and fastest growing pure-play AI company. As an AI innovation platform, SenseTime is taking the lead in offering AI as a value creation tool to drive growth for businesses. The company is providing technology to enable autonomous driving, augmented reality, medical image analysis, remote sensing and photo quality enhancement to name a few.

ADIO will provide a comprehensive support package to aid the establishment of SenseTime’s EMEA R&D operations. The agreement marks a key milestone in the Abu Dhabi Government’s Ghadan 21 Accelerator Programme that is working to support innovation in industry as a means to diversify and build a knowledge-based economy for the Emirate. Speaking at the signing of the agreement, His Excellency Saif Mohamed Al Hajeri, Chairman, Abu Dhabi Department of Economic Development said, “We are delighted to welcome SenseTime to Abu Dhabi. As part of the Ghadan 21 programme, we are helping some of the world’s best companies establish a presence in the Emirate to encourage innovation and create jobs of the future. This partnership is a critical opportunity for SenseTime to accelerate its R&D roadmap, as well as its expansion in the region. SenseTime will act as an anchor to promote and streamline the adoption of AI technologies across industry and governments in the EMEA region.”

Currently, SenseTime operates across offices in mainland China, Hong Kong, Singapore and Japan. The AI Centre of Excellence in Abu Dhabi will be the company’s first presence in the EMEA region. The regional centre will focus on developing AI capabilities across seven different industries including healthcare, remote sensing and education.

Xu Li, Co-founder and CEO of SenseTime, commented, “The opportunity to build a significant operation in Abu Dhabi will allow us to continue to progress the development of our technologies and increase the adoption of AI across the world. Abu Dhabi offers us the ability to focus on innovation in key sectors, opens up a new customer base and importantly, a new talent pool.”

SenseTime has a growing roster of more than 700 leading clients including Alibaba Group, China Mobile, Qualcomm and Honda. The new R&D centre, supported by the Abu Dhabi government, will work to develop product solutions for regional clients with local talents.

Elham Al Qasim, CEO of ADIO, commented, “SenseTime’s AI capabilities and developments will be of great value to businesses across the region. It will not only provide large companies across the region with AI technologies, but will also benefit from partnerships and collaborations with early-stage tech start-ups that are being established out of Abu Dhabi’s Hub71. ADIO is working to create a comprehensive ecosystem of tech companies at different stages of development, across a variety of industries. It will also provide a thriving environment for tech talent to establish careers and grow.”

The establishment of the SenseTime EMEA R&D Headquarters is expected to start in 2019.