As part of the launch of OpenGVLab, the industry’s first benchmark for general vision model evaluation has also been published, which will facilitate developers to evaluate and continuously optimize the performance of different general vision models.

Anyone interested in general vision AI technology is encouraged to visit the OpenGVLab (https://opengvlab.shlab.org.cn) and experience the new cutting-edge platform. Assistant Director of the Shanghai Artificial Intelligence Laboratory, said, “Through the official launch of OpenGVLab, we hope to foster the development of the AI industry by providing a platform to better explore and apply general vision AI technology, hence resolving bottlenecks amid project expansion and continuing our contribution to the progress of AI technology.”

OpenGVLab is based on the general vision model INTERN, which was jointly developed by Shanghai Artificial Intelligence Laboratory, the Chinese University of Hong Kong, and Shanghai Jiao Tong University last year. The model addresses the key obstacle to general vision development - using one model to complete multiple tasks. The technical report《INTERN: A New Learning Paradigm Towards General Vision》has been published on the arXiv platform. 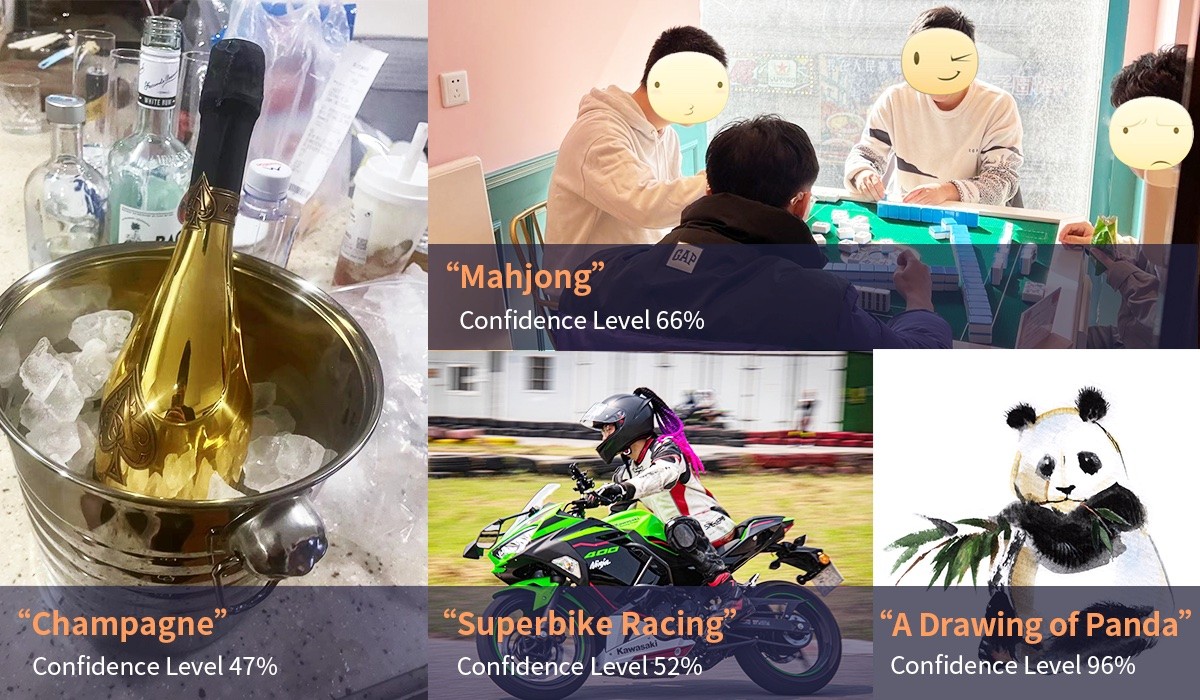 INTERN can accurately identify the contents of pictures with different backgrounds.

By providing various pre-training models that include different parameters and calculations, OpenGVLab can help developers quickly build the algorithm models for hundreds of visual tasks and scenes at lower cost, to efficiently tackle the long-tail problem and promote the large-scale application of AI technology.

Furthermore, Shanghai Artificial Intelligence Laboratory has shared its ultra-large-scale datasets, which are based on tens of billions of data, covering tens of millions of datasets and hundreds of thousands of labelling systems. The ultra-large-scale datasets not only integrates existing open source datasets, but also handle tasks including image classification, target detection and image segmentation, through the large-scale data image annotation with a total amount of data approaching 70 million. At present, the image classification datasets have taken the first step to open source, with more datasets such as target detection set to be made available in the future.

Shanghai Artificial Intelligence Laboratory also provides a big labelling system with a total label order of 100,000. It not only covers almost all existing open source datasets, but also achieves a further expansion of a large number of fine-grained labels, covering various types and statuses of images. The system significantly enriches the application scenarios of image tasks and substantially reduces the cost of collecting downstream data.

OpenGVLab also released the first general visual benchmark for classification, detection, segmentation and depth estimation. Currently, the existing benchmarks are mainly designed for a single task or a single visual dimension, which cannot reflect the overall performance of the general vision model, nor can they be used for point-by-point comparison.

Through innovative design, the OpenGVLab’s new general visual benchmark can provide authoritative results, as well as promote fair and accurate evaluation under unified standards. In addition, the benchmark can provide effective evaluation results under low-data regime, using just 10% of the training data. A total score will be given out according to the evaluation results, offering a more user-friendly solution to undergo point-by-point comparisons among different models.

Together with OpenMMLab and OpenDILab, previously released by Shanghai Artificial Intelligence Laboratory, these open source platforms form an open source system - OpenXLab, which help further promote the development of an open source community for artificial intelligence along with the newly launched OpenGVLab.