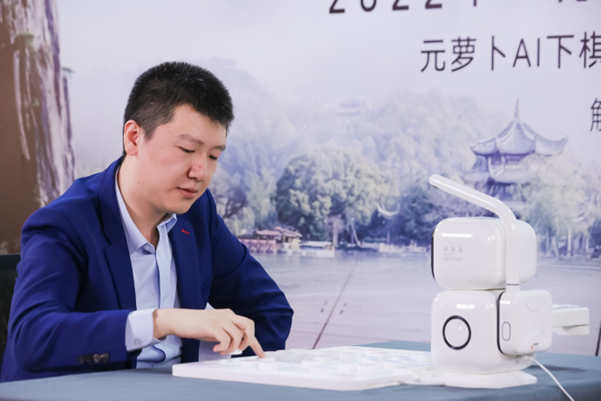 The SenseRobot AI Chinese Chess Championship marks a major milestone in Chinese chess history, as it was the first time that grandmasters played against a physical AI Chinese chess robot. SenseRobot is widely recognized for its combination of intelligent identification, decision making and process control. With SenseTime’s leading AI technology and industrial grade robotic arm technology, SenseRobot has advanced Chinese chess skills and is able to achieve millimeter level of operation accuracy for 26 levels of matches. Six years ago, when the computer programme defeated the legendary GO players, it consumed massive supercomputing power that was nearly 50,000 times compared to the human brain. SenseRobot, however, was designed as a physical AI robot for family entertainment, letting consumers experience the most cutting-edge AI technologies from their homes.

Professional youth chess player, Gu Bowen, started at level 16 with his sound performance. SenseRobot ultimately won the game with its active offense and powerful chess skills. Xie Jing, a Chinese chess grandmaster, chose level 26, the most difficult level of the game. During the enthralling competition, SenseRobot gradually gained the advantage with a solid performance and sealed a win. 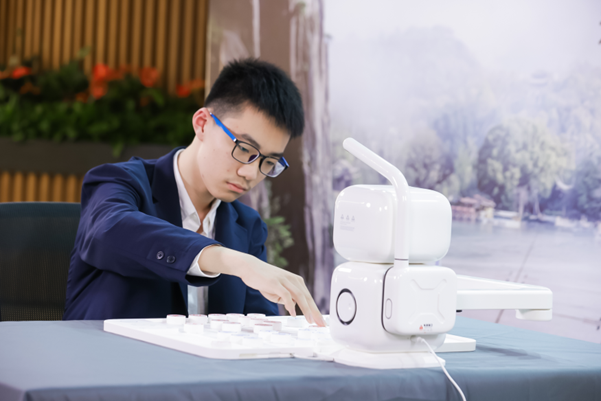 Gu Bowen is the champion of the youth group aged 12-16 from Shanghai and a rising Chinese chess star. Xie Jing, an apprentice of legendary grandmaster Hu Ronghua, is currently the coach and player for the Shanghai Chinese Chess Team. In the post-match interview, Xie Jing commented, "Unlike traditional AI Chinese chess software, I was most impressed with SenseRobot’s agility and steady operation, as well as its ability to calmly play the game, just like a real player. In my opinion, SenseRobot can be the future right-hand man for people who want to learn Chinese chess and train their skills. Most notable is the robot’s ability to seamlessly blend traditional culture with scientific and technological progress."

Chinese Chess Grandmaster, Hu Ronghua, spoke highly of the various techniques and wonderful performances from Gu Bowen, Xie Jing, and SenseRobot. "SenseRobot’s moves are very smart and sharp. I was deeply impressed by the intelligence and bold moves of the two players and the robot. This was not only an exciting competition between humans and artificial intelligence technology, but also a powerful step forward for both Chinese chess and Chinese culture. The result of the game is not as important as this significant milestone." As one of the most outstanding Chinese chess players of the 20th century, Hu Ronghua has won the Chinese National Xiangqi Singles Champion for 14 times. He won a 10-national championship streak from 1960 to 1979 and was also awarded as International Grandmaster of Chinese Chess by the Asian Xiangqi Federation in 1988. Grandmaster Hu Ronghua expressed his expectations for the future development of Chinese chess, "As a traditional sport, Chinese chess should not be confined to current limitations, but it should also be entertaining to attract a wider audience. A human-machine match can inspire younger generations to see the charm of Chinese chess, participate in the game, and hopefully bring Chinese chess back into the spotlight.” 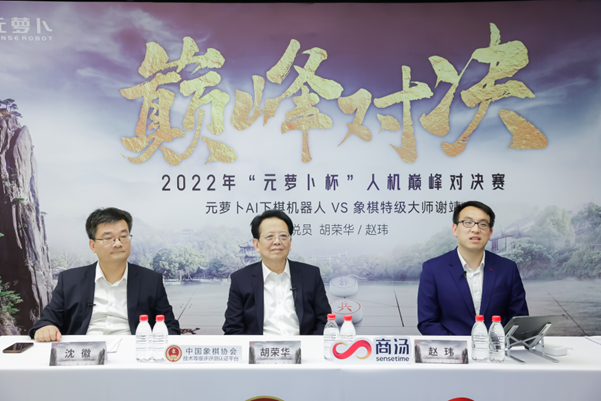 Utilizing cutting-edge AI technology, SenseRobot innovatively combines high-tech and traditional Chinese culture. Its advanced AI features not only teach children how to play Chinese chess, but also challenges the players’ strategic thinking without straining their eyes all while enjoying the fun of the game. In addition to having 26 levels of matches, SenseRobot has more than 100 endgame settings. It is certified by the Chinese Xiangqi Association, an organization promoting Chinese chess under the General Administration of Sport of China, and provides professional courses to users. It can also perform assessments for level 16-13 in the official Chinese chess level examination.

Shen Hui, Dean of Innovative Engineering Institute of SenseTime, said, “We hope people can experience the real artificial intelligence technology through a physical AI Chinese chess robot. SenseRobot can not only be a friend to players, but it can also enhance emotional communication and engagement between children and other family members. Moving forward, we will host a series of exhilarating AI Chinese chess championships as we continue to generate new excitement for Chinese chess.”

Since its official launch in September, SenseRobot has been highly praised for its humanized function that enhances family bonding, while also providing company to Chinese chess fans and professional players. With SenseRobot, SenseTime will continue to revive traditional culture through its leading AI technology, furthering the promotion of Chinese chess.