Based on the foundation of proprietary technologies and a core “brain” built on a deep learning platform, SenseTime has rapidly opened up AI application in multiple vertical scenarios.

With our augmented reality capabilities, SenseTime brings in interactive special effects for face, hands, and body.

SenseTime is focused on clinical needs to empower the entire workflow of “diagnosis-treatment-recovery”.

Get children prepared for the era of AI, leverage AI technologies to improve classroom management and teaching efficiency.

Shanghai – July 7, 2020– SenseTime, the world-leading artificial intelligence (AI) company, today began laying the foundations for the next era of AI technologies with commencement of construction for its “New Generation Supercomputing Center” in the China (Shanghai) Pilot Free Trade Zone. The new supercomputing center, which is scheduled to begin operation by the end of 2021, will significantly improve the capability of SenseTime’s supercomputing power and the iteration efficiency of its proprietary algorithms. The new facility will create a supercomputing platform that is based on a deep-learning framework developed by SenseTime, namely SenseParrots. This will offer highly customized, integrated and industry-leading AI solutions to SenseTime’s customers from various industries.

"We believe that an artificial intelligence computing platform that integrates data processing engines, efficient scheduling algorithms for heterogeneous computing systems and a deep learning training framework all in one will be the driving force behind the continuous innovation of AI technologies," said Xu Li, Co-founder and CEO of SenseTime. "The infrastructure project is in line with the SenseTime’s strategy to build a best-in-class artificial intelligence infrastructure for all industries. We hope that SenseTime will be able to empower various industries and drive growth to the global economy, society and humanity for a better tomorrow.”

A groundbreaking ceremony was held at the Lingang Special Area at the 2020 Commencement Ceremony of Key Industrial Projects for the China (Shanghai) Pilot Free Trade Zone. SenseTime now has supercomputing centers across Shanghai, Beijing, Shenzhen, Hong Kong, Tokyo, and Singapore. 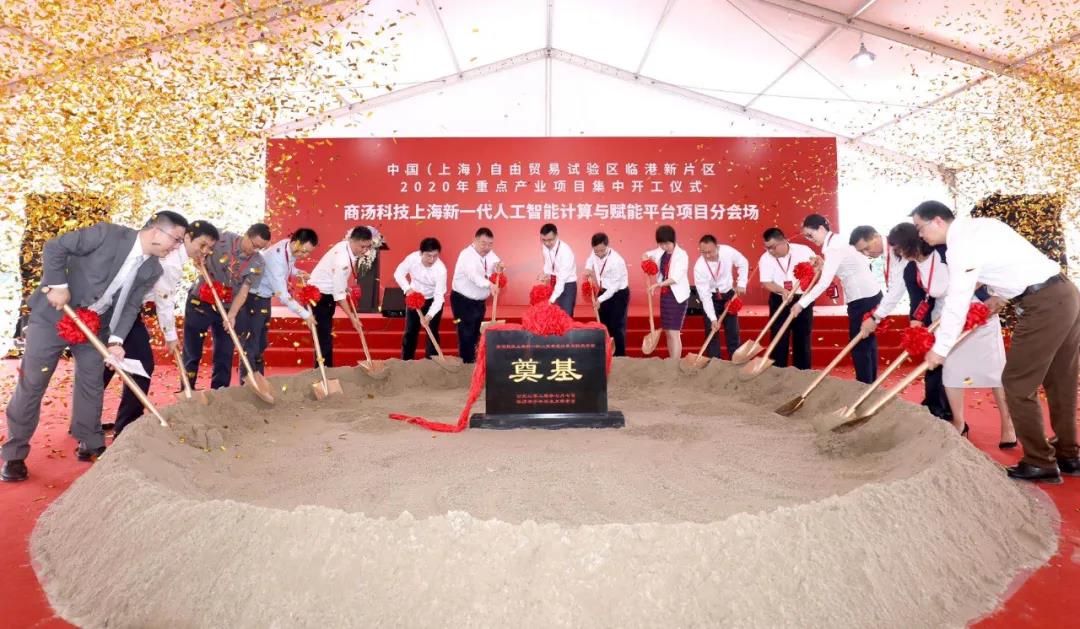